A couple named Dominique and Kevin Gill of Nashville, Tennessee decided that they wanted to open their sweet home to a child named Andrew. During that year, the couple’s heart broke when they discovered Andrew’s story.

As per his file’s information,” he has been in custody since he was just six years old.” And at that time, the legal rights of his parents were terminated by law. Soon, all his four siblings were adopted. 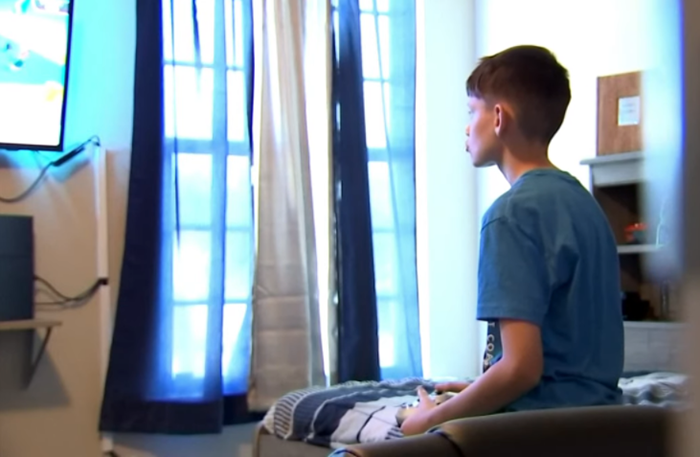 All these events were quite disturbing for Andrew and soon he turned more and more withdrawn to the people around him. The Gills wanted to foster him, and they wanted to show Andrew what it feels like to belong.

In an interview, Andrew’s foster parents said, “During his first week with us, he sat in his room with the door closed and looked at old pictures. He didn’t want to talk. A child should grow in a home where love, respect, and care prevail.” 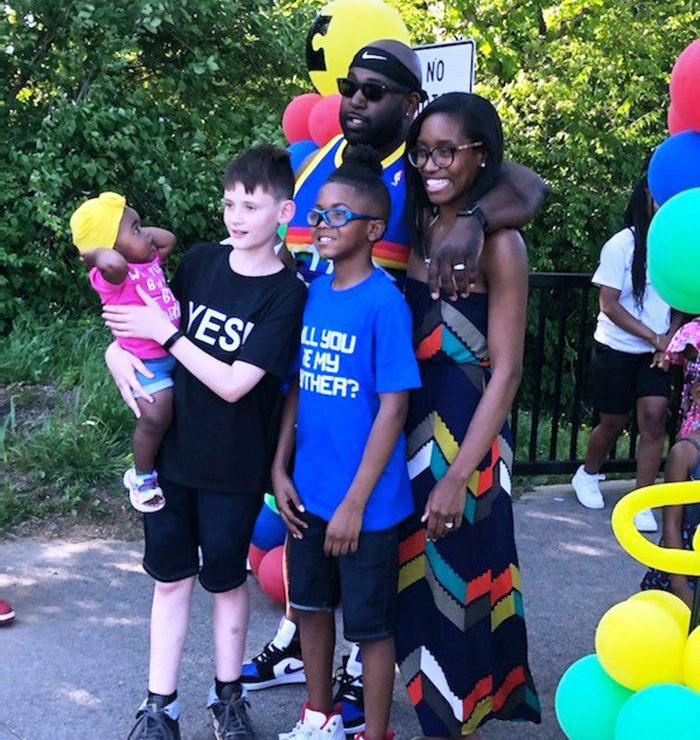 Agonizingly, this isn’t the truth that most of us know. Many children are longing to be in a family to whom they can call their own proudly. Andrew is one such child. Waiting for a family to accept him and give them a new life. Anticipation often results in these types of children feeling unwelcome. That’s the reason why most of them decide to act tough, be difficult, and stay withdrawn. Andrew was no different. 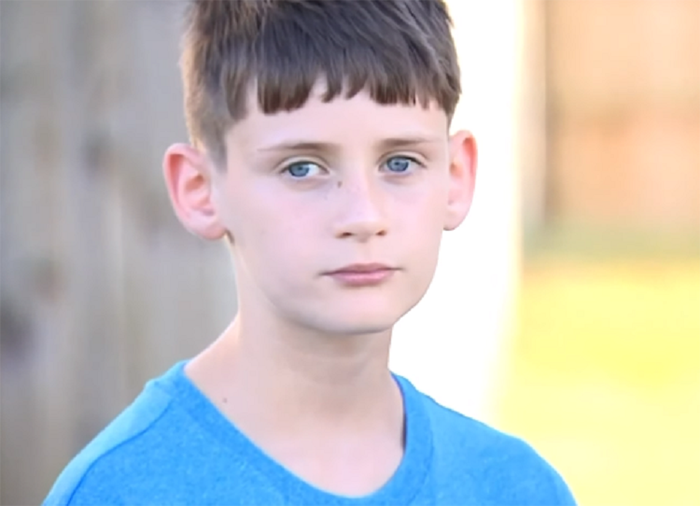 Dominique shared, “Andrew often behaved badly, and he was very withdrawn. He would stay in his room and scream if anyone wanted to try and get close to him.” However, the family didn’t want to give up on him. They were aware that he was going through a tough situation, and they wanted Andrew to accept that there are still good people in this world who are ready to try to reach out their love to him. 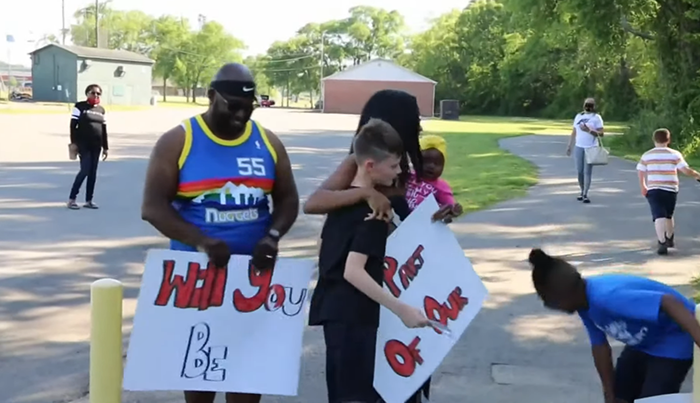 Joc, Dominique’s son, soon found out many things in common with Andrew. So, one day they both decided to play video games, then they discovered that they both love Pop-Tarts, and that became the start of a beautiful friendship. According to WBIR Channel 10 Kevin Gill, “As the years went on, they got pretty close. It’s good to see that bond they have grown over the years.” 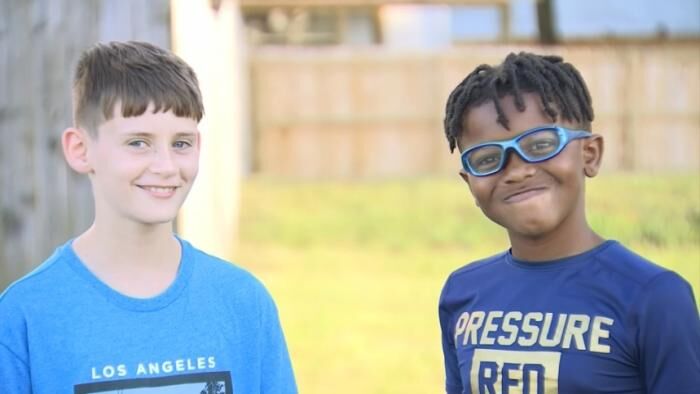 The couple acknowledges how quickly both boys have gotten close. And slowly, Andrew started to open up with the family and they were happy to welcome him into their home. They all were happy to be with Andrew and they hoped that he would soon find him forever home. It wasn’t their plan to adopt him. The family only wanted to foster. 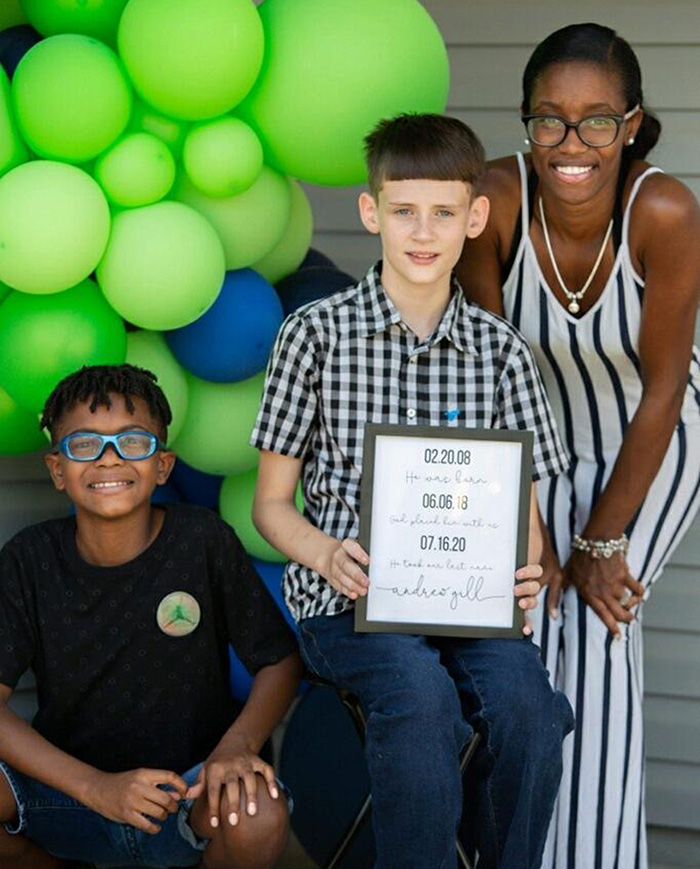 They wanted to help by fostering as many kids as they could, but they didn’t expect that their journey with Andrew would take a surprise turn. “Our mindset was we’d help him until he found his forever home.” 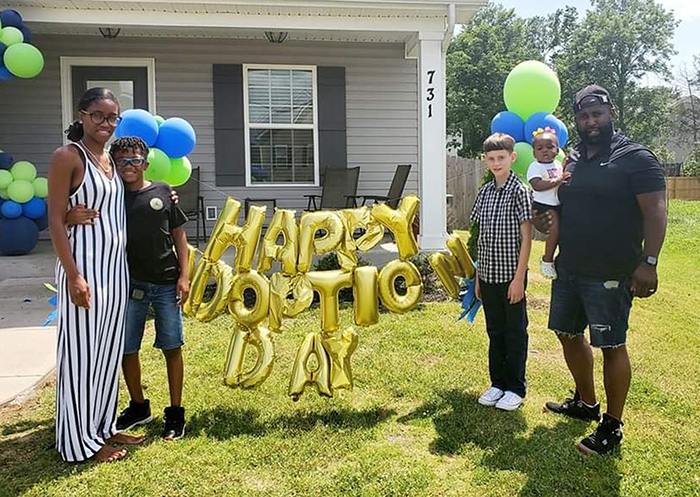 She asked if they could have a conversation and if he could go on a walk with her. Andrew agreed. While walking, Andrew soon saw familiar faces. They all were standing by holding balloons in their hands smiling at him and asking him to come closer. 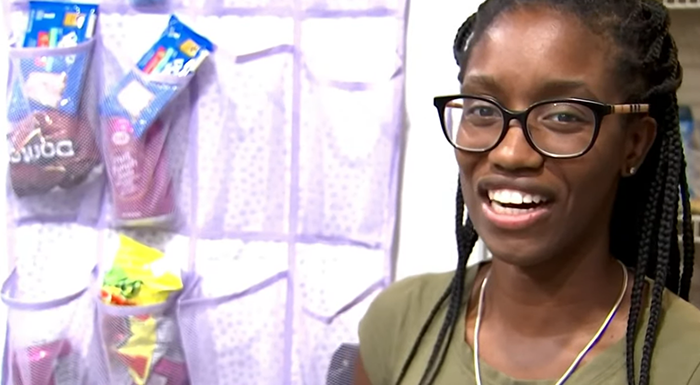 According to WBIR Channel 10 Andrew, “I just turned around the corner and saw everybody.” He added, “remembering when he saw the Gills surrounded by friends holding signs and balloons.” The couple asked Andrew if he wanted to become part of their family, to which Andrew smiled and simply said, “Yeah.”

Joc was also wearing a shirt that said, “Will you be my brother?” Andrew’s shirt had a “YES” written on it. The people around them began cheering, happy to see that finally, Andrew had found his forever home. Dominique said in her interview with TODAY Parents, “From the beginning, Andrew has always said, ‘Thank you for accepting me,’ ‘Thank you for not giving up on me.” 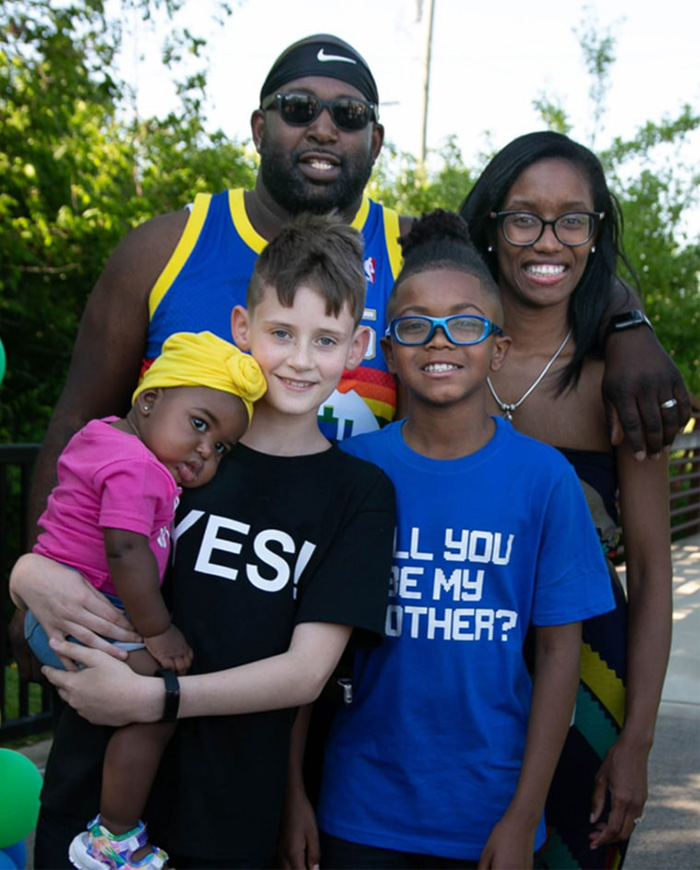 “People would read his file and get sc-ared away. However, I knew he was a good child who had experienced a lot of tr-auma.” It was a heartwarming tale of Andrew who would never have imagined what it meant to have his own family. Dominique opened up in an interview with TODAY Parents, “Love doesn’t have a color. (Andrew) is our son just like Joc is our son.” “He’s a part of us.” Now, Andrew didn’t just find his forever home, he also found happiness, love, and a best friend.”